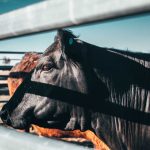 The team at WVP work seven days a week to ensure stock is healthy, have access to all the water, feed, shelter and veterinary care they need. We use gentle and quiet livestock management practices – the results of these endeavours are in the product we proudly take to market.

Stock are grazed on native and improved pastures and are free of unnecessary antibiotics,
hormones and chemicals. 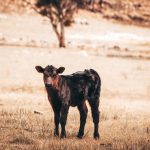 Our female stock is originally from the Primley and Tangley Angus studs. Over the last thirty or so years these have been selectively joined to bulls from New England studs. In 2017 we purchased five commercial bulls from the Glen Morgan stud at Guyra. With mothers by Thunderbird and Right Answer and sires by Deer Valley All In and Traction it was no surprise that the progeny we took to the weaner sales were far and away the stand out lines of stock at the sale.

In 2017 we also invested in 90 heifers from the Debarry Angus dispersal sale. These heifers were purchased alongside commercial bulls by Kidman Reinforce H14. The girls have delivered their first calves, by the Glen Morgan bulls, easily, through a drought and on no supplementary feed. They were fantastic first calvers and mothers and we are excited to take their weaners to sale in May 2019.

More recently we have been using our own Willow View Angus registered bulls across the commercial females. Sires for the stud include: Millah Murrah Klooney, Loch up, Kingdom and Kruse Time. US Sires are Silveras Conversion, EF Commando, Sav Ten Speed 3022 and locally Kansas Aberdeen, Datalink and Goodthing have been employed as breeder improvers both for their EBVs, confirmation and easy doing in what can be harsh New England conditions.

Find more information about our stud or pedigrees, click here.

If you'd like to learn more about Willow View Pastoral, get in touch!